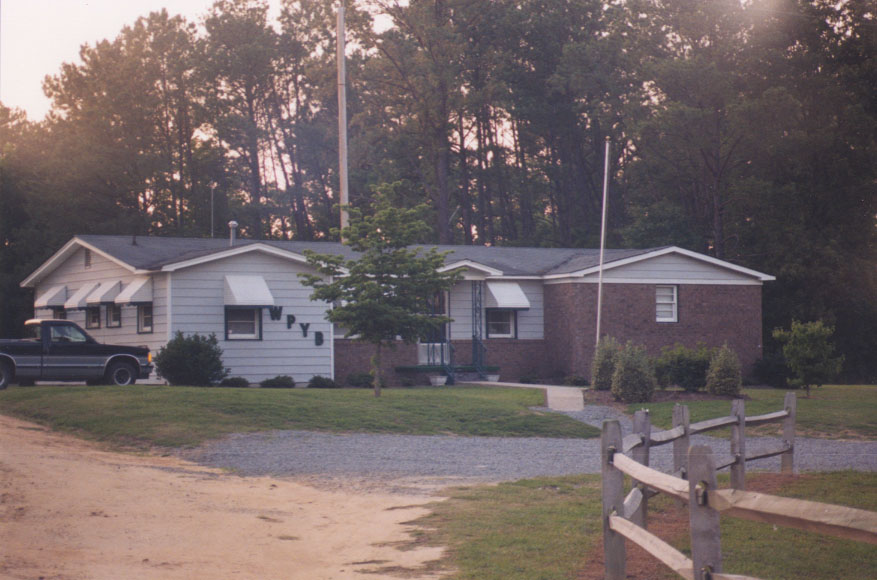 The story of Beasley Media Group is a great example of the American dream.

Our Company was founded back in 1961 when the late George G. Beasley, at the time a high school principal, was awarded an FCC license to build his first radio station, WPYB-AM, a daytime-only 500-watt signal, in Benson, North Carolina. Mr. Beasley was part of a small group of broadcasting pioneers who were introducing radio to smaller cities and towns throughout the country, a technology previously unavailable outside larger cities.Like many first-time FCC licensees, he turned his budding interest in radio into a full-time calling. Mr. Beasley soon sold his first station at a profit, reinvesting the proceeds into the purchase of WFMC-AM in nearby Goldsboro, North Carolina, which brought both a more powerful signal and the attraction of a larger market.

During the 1960s and early 1970s, the geographic reach broadened. Stations were purchased in Virginia, Kentucky, Georgia, South Carolina, Alabama, Indiana and Ohio.

A highlight came in the 1976 purchase of WDMT-FM in Cleveland, which marked the company’s first operation of a true large market station. Through the late 1970s and into the 1980s, Beasley Broadcast Group (today referred to as Beasley Media Group) continued its disciplined expansion throughout the eastern United States, while adding a station in Little Rock, Arkansas, the company’s first purchase west of the Mississippi River. Growth of FM radio during this period was a major catalyst both for our Company and for the radio broadcasting industry at large, helping to expand the medium’s appeal to a greater range of listeners and advertisers.

After moving the corporate headquarters to Naples, Florida, in 1988, Beasley Broadcast Group took another pivotal step by entering one of the nation’s top radio revenue markets through the purchase of KRTH-AM/FM in Los Angeles. The Company had never before faced such opportunity, or risk, as it did with this major market purchase. It was, in fact, the single largest acquisition Mr. Beasley had made to date.

Successfully selling the AM station, overpowering a direct format challenge on the FM counterpart, creating a perennially Top 5 rated station, adults 25-54, and eventually selling KRTH-FM in 1994 for the highest price ever paid, at that time, for a stand-alone FM station proved the company could operate successfully at the highest levels of the radio broadcasting industry. 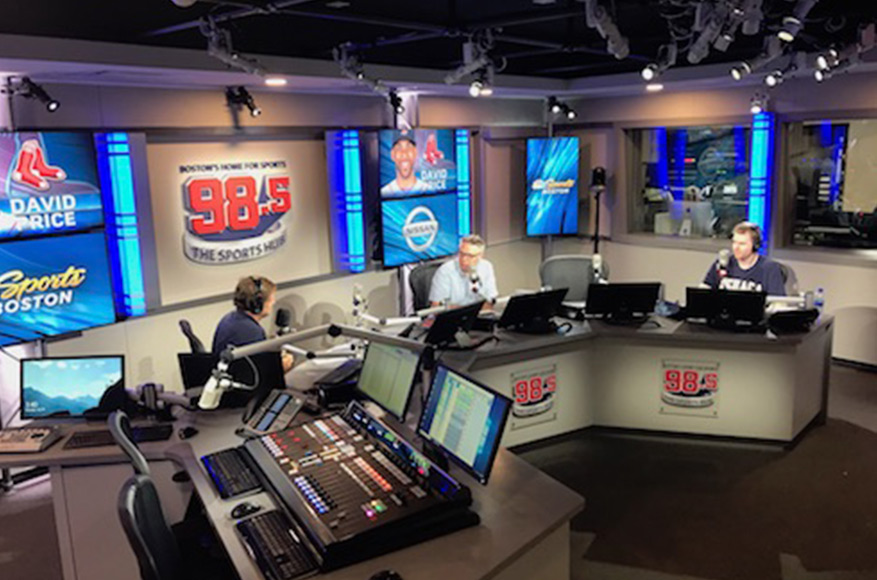 With the passage of the 1996 Telecommunications Act, media ownership limits were modified and deregulation unfolded. As a result, broadcasters were free to own up to eight stations in a market, a change that forever altered the radio industry landscape.

In the late 1990s, we broadened our acquisition strategy to include assembling a portfolio of AM stations in Top 50 markets including Atlanta, Boston, Philadelphia and West Palm Beach, Florida. As the new millennium arrived, Beasley Broadcast Group completed its initial public offering and in February 2000 began trading on the NASDAQ National Market under the symbol “BBGI.”

Our first year as a public company was capped with the acquisition of Centennial Broadcasting, which added clusters in Las Vegas and New Orleans. In 2006, we acquired a strong AM station in Las Vegas and in the year ahead retooled our station cluster in that desirable market. In 2007, a station was added in Wilmington, Delaware, to complement our Philadelphia holdings. During these years, Beasley took a leadership role in the radio industry as one of the first broadcasters to embrace and invest in HD Radio™, a technology that enables AM and FM radio stations to broadcast their programs digitally, providing listeners with improved audio quality, better signal reception, song and artist information, as well as the ability to choose between multiple programming options on the same FM frequency.

With discipline and determination, our Company endured the recessionary years that started in earnest for us in 2008. Even during this difficult time, we felt the responsibility to actively and consistently participate in radio’s continued evolution.

In 2009, we introduced our free app, iRadioNOW, for iPhone and iPod Touch listeners so that listeners could access Beasley radio stations whenever they wanted and wherever they lived. An Android version soon followed.

By 2013, having successfully navigated a very challenging period, we focused on the future, adding corporate positions to strengthen both programming and digital departments and upgrading facilities in several markets.

In 2016, the Company expanded its footprint into major markets when it purchased 20 stations in the Boston, Charlotte, Detroit, New Jersey and Philadelphia markets from Greater Media, Inc., a privately held family company owned by the Bordes family. Celebrating its 56th anniversary this year, the Company currently owns and operates 64 stations. 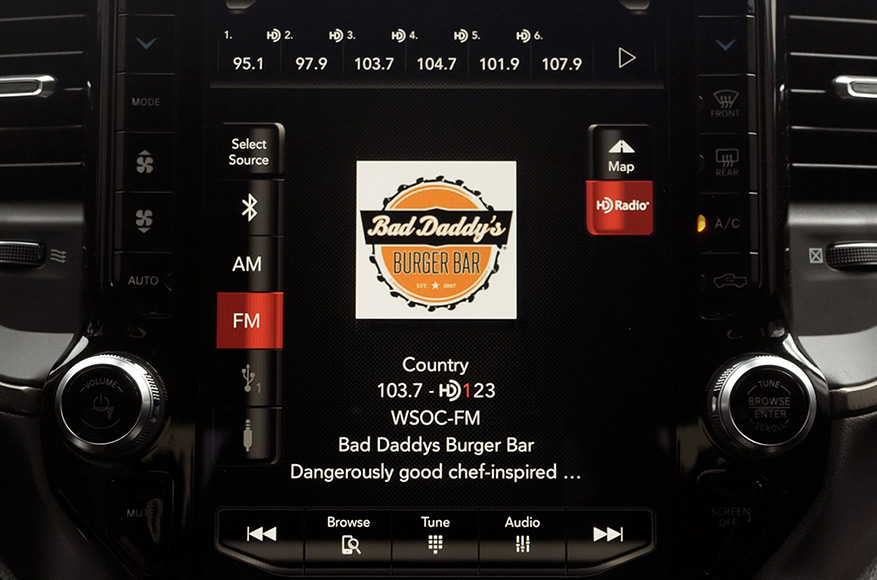 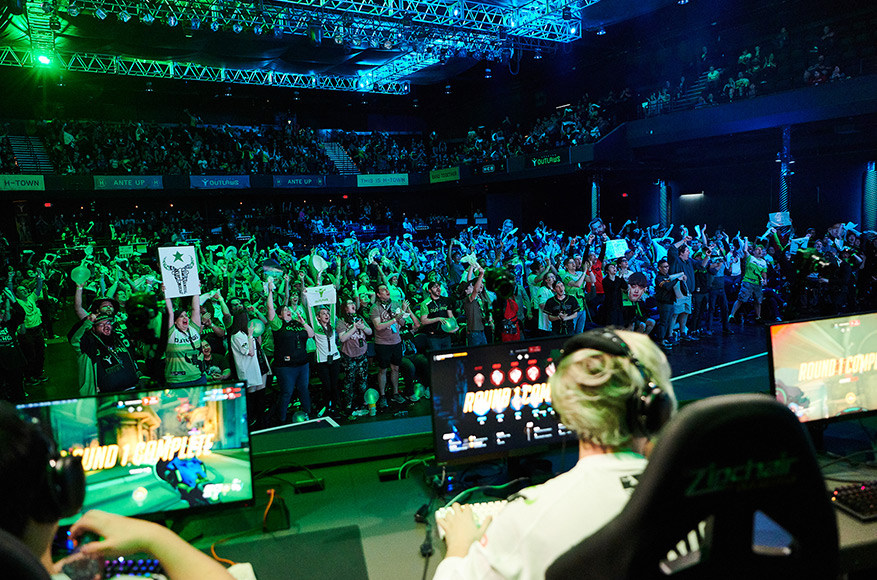 In 2017, Beasley Media Group entered into an agreement with Entercom Communications to acquire WBZ-FM/98.5 The Sport Hub in exchange for WMJX-FM in Boston. IN 2019, the company repurchased WXTU-FM from the company, bringing home the legendary station originally launched by Mr. Beasley in the Philadelphia market back in 1983.

Over the years, our company to continued grow in the area of Digital has connected our audiences to advertisers and local businesses by offering a wide range of digital capabilities that can easily and quickly be activated to achieve any marketing objective, from generating awareness of brands, business or offer, to increasing foot traffic and increasing sales as a result of BMG’s competitive dominance in the markets we serve.

In 2018, the Beasley Esports division was launched with the purchase of CheckpointXP, a syndicated weekly esports show dedicated to the esports lifestyle, followed by an investment in Team Renegades (an esports organization based in Detroit, Michigan) ther unveiling of Checkpoint on Campus (a collegiate-driven esports show based at the University of Nevada at Las Vegas) and the acquisition of the Overwatch League’s Houston Outlaws esports team.

The company’s on-going commitment to explore new innovative technology has led to investments in Quu, which enables radio stations to take full control of the RDS/HD in-car stereo display with the ability to monetize through ad augmentation and provide an enhanced listener experience and SpokenLayer, a leading provider of voice and audio content for virtual assistant and connected devices, including Amazon Alexa, Google Assistant, and beyond