George G. Beasley founded Beasley Broadcast Group, Inc. in 1961 and serves as Chairman of the Board of Directors. Mr. Beasley also served from 1961 until March 18, 2016 as Chief Executive Officer of the Company. Throughout his 56-year radio broadcasting career, Mr. Beasley has received numerous broadcast industry distinctions as well as recognition from various civic and charitable organizations.

Mr. Beasley has consistently been acknowledged by Radio Ink magazine in their annual “40 Most Powerful People in Radio” issue and the Broadcasters’ Foundation has bestowed upon Mr. Beasley their prestigious Broadcast Pioneer Award.

The radio veteran began his career in North Carolina. He served on the board of the North Carolina Association of Broadcasters (NCAB) for eight years as President, Vice President and as a member of the Board of Directors. Mr. Beasley was honored with the NCAB’s Association’s Distinguished Service Award in 1996 and was inducted into NCAB’s Hall of Fame in 1998 upon receiving the prestigious “Distinguished Broadcaster of North Carolina” Award.

Mr. Beasley is most proud of the George G. Beasley Media Complex, which stands as a promise that future generations of ASU students will also have the opportunity to pursue their entrepreneurial dreams in broadcasting. Caroline Beasley was appointed Chief Executive Officer of Beasley Broadcast Group, Inc. on January 1, 2017, previously serving as interim Chief Executive Officer from March 18, 2016 until December 31st, 2016 and as Executive Vice President, Chief Financial Officer, Treasurer and Secretary beginning in 1994. She has served as a Director of Beasley Broadcast Group, Inc. since she joined the Company in 1983.

Ms. Beasley received the 2016 “Distinguished Service Award” from the North Carolina Association of Broadcasters and was the 2012 recipient of the “Frances Preston Trailblazer Award” from the Mentoring and Inspiring Women in Radio Group (MIW), a national organization dedicated to promoting the advancement of women to senior positions in the radio industry.

She is a member of the Board of Visitors at her alma mater, the University of North Carolina, where Ms. Beasley earned a B.S. degree. 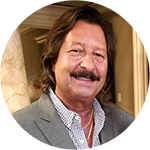 Bruce G. Beasley has served as Beasley Broadcast Group, Inc.’s President since 1997 and as a Director since 1980. He began his career in the broadcasting industry with the Company in 1975 and since that time has served in various capacities, including General Sales Manager, General Manager of a major market radio station and as Vice President of Operations.

He serves on the Board of Directors of the Radio Advertising Bureau.

He earned a B.S. degree from East Carolina University. Marie Tedesco was appointed as Chief Financial Officer of Beasley Broadcast Group, Inc. on January 1, 2017, previously serving as Vice President of Finance since 1996.  She began her employment with the Company in 1991 as Corporate Controller.

Ms. Tedesco is a native of Sweden, where she attended Olympia College.  After graduating from UCLA with a B.S. degree in finance, she started her radio career in Los Angeles. From 1984 through 1987, she worked in the accounting department of Radio & Records, Inc.  Beginning in 1988, she moved to New York, where she was employed in the accounting department of Westwood One.  In 1989, while still employed by Westwood One, she moved back to Los Angeles where she assisted in launching their Pirate Radio station, KQLZ.

Ms. Tedesco currently serves as a member of the Board of Directors of the Media Finance Management (MFM) Association. 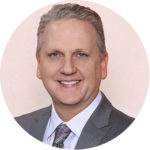 Mike Cooney is responsible for the general supervision and oversight of all engineering and technology matters for Beasley’s portfolio of 64 radio stations. Additionally, he is integrally involved with the management of the capital budgets and also the Company’s HD Radio initiative. Mr. Cooney is Chairman of the National Association of Broadcasters Radio Technical Committee, 2016 Radio World Excellence in Engineering Award recipient, a member of the NAB Automotive Digital Dashboard “DASH” Committee, a member of the Technical Committee for the Broadcast Traffic Consortium (BTC) and a former radio representative for the NAB FastRoads Committee. He has participated on the Broadcast Engineering Conference Committee and has presented at multiple NAB conferences.

Mike is a Certified Engineer for the Society of Broadcast Engineers (CBRE), FCC First Class license holder and certified electronic technician. He has been in corporate engineering management for over thirty years. Mr. Chase previously served as Executive Vice President of Programming since 2016. In his role, he is responsible for overseeing all aspects of on-air content and digital on behalf of the company. Previously, Mr. Chase served as Vice President of Programming and Operations Manager for the Company’s four music stations in Las Vegas, including KCYE-FM, KKLZ-FM, KOAS-FM, and KVGS-FM.

The radio executive is a past recipient of Beasley Media Group’s annual “Program Director of the Year” award and has been recognized among the “Best Programmers in Radio” by numerous industry publications.

A current member of the National Association of Broadcasters Radio Board, Mr. Chase serves in leadership roles within numerous industry organizations, including the Media Ratings Council’s (MRC) Board of Directors, the MRC Radio Committee and the MRC Digital Committee. In addition, he served as a member of the Nielsen Advisory Council and participated in special projects with The Council for Research Excellence (CRE). Mr. Handy is responsible for leading the digital efforts of the organization and has been at the forefront of the digital media space for more than a decade, specifically in local media responsible for sales, advertising strategy & products, ad operations & analytics, programmatic sales and native advertising. He has also led publisher development, implementation and customer success for an AdTech video startup, as well as worked with blue-chip digital pureplays in display, audio, video, mobile, performance marketing & retargeting and affiliate sales.
A Utah native, the media executive most recently held executive positions with several innovative companies, including serving as Vice President- Digital Media & AdTech at MarketStar, VP- Publisher Development at Tout and VP- Advertising Strategy & Products at Deseret Digital Media. Ms. Burgess most recently served as Chief Digital Content Officer at Beasley Media Group. Previously, she worked as an integrated marketing strategy consultant on behalf of the company. In her role, she is responsible for overseeing the day to day operations of the company’s esports business.

Ms. Burgess has earned a stellar reputation as an authority in content and advertising alignment, with a focus on building revenue through creative multi-platform marketing and new media solutions.

Her portfolio includes more than two decades in the publishing industry, providing generation of profit and growth for iconic brands such as The Hollywood Reporter, Prevention Magazine, Conde Nast’s Mademoiselle and House & Garden; Elle Magazine; Seventeen Magazine, and Niche Media. Steve Meyers: Executive Vice President of Digital
With BBGI Since: 2016 In her role, she is responsible for overseeing content creation on the company’s many digital platforms.

Prior to joining the digital division, Ms. Beasley was the Vice President and Market Manager of the Company’s stations in Fayetteville, North Carolina, including WKML-FM, WZFX-FM, WFLB-FM, WUKS-FM, and WAZZ-AM. In addition, she held sales manager positions at several radio stations within Beasley’s Tampa and Philadelphia market clusters.

The broadcast veteran is a graduate of the National Association of Broadcasters’ (NAB) Broadcast Leadership Training Class of 2017 as well as the BMI & Radio Advertising Bureau’s Rising Through The Ranks program, where she received the first-ever Mentoring and Inspiring Women in Radio Group’s (MIW) “Rising Star Award”.

In addition, Ms. Beasley has served on the boards of several industry and community organizations, including the North Carolina Association of Broadcasters, the United Way of Cumberland County, the Methodist University Board of Visitors and the Fayetteville Kiwanis Club. Bob McCurdy: Vice President of Corporate Sales
With BBGI since: 2017

Bob McCurdy started his professional career selling Radio locally in Richmond, Virginia before moving on sales and management in Indianapolis, Indiana. He eventually joined Katz Radio, where he held sales and management positions in Chicago, Minneapolis, and New York. Mr. McCurdy was named President of the company in 1990. The radio veteran went on to become President of Sentry Radio under the Katz Radio Group umbrella, before being named Regional President for Clear Channel Radio Sales upon Clear Channel’s purchase of the Katz Media Group. In 2009, he became the President of Katz Marketing Solutions, a division of the Katz Radio Group.

Mr. McCurdy served as a consultant for Beasley Media Group and Alpha Broadcasting From 2014-2016, before being named Vice President of Sales for the Beasley Media Group in 2017. Over the past three decades, the radio veteran has trained hundreds of salespeople and is regarded as a key voice on behalf of the Radio industry with both advertisers and agencies. Shaun Greening: Vice President of Financial Reporting
With BBGI since: 2000

Shaun Greening, a native of New Zealand, serves as Vice President of Financial Reporting for the Company. He joined Beasley Broadcast Group, Inc. in February of 2000 as the Company completed its initial public offering. Mr. Greening previously served as an Audit Manager for KPMG in Tampa, FL. He is a graduate of Victoria University of Wellington, New Zealand with a Bachelor of Commerce and Administration.

Mr. Greening holds a CPA license from the state of Florida. In the local Naples community, he helps manage the Optimist Club of Naples Soccer Program and volunteers in middle and high school classrooms on behalf of Junior Achievement of Southwest Florida. Additionally, Mr. Greening served on the Finance Council of St. John the Evangelist Catholic Church. 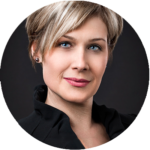 Heidi Raphael serves as the Company’s Chief Communications Officer.  In her role, she is responsible for providing leadership in overseeing all aspects of communications, branding, and marketing on behalf of the Company.

Ms. Raphael has been recognized among the “Most Influential Women in Radio” by Radio Ink magazine, a leading national industry publication, on an annual basis since 2006.

Ms. Raphael currently serves as a member of the Board of Directors of the Library of American Broadcasting, the Broadcast Education Association and the Florida Association of Broadcasters.

The radio veteran is a past elected member of the Board of Directors of the National Association of Broadcasters (NAB) and the Alliance for Women in Media (AWM). Additionally, she is a former spokesperson and current Executive Committee member of the Mentoring & Inspiring Women in Radio Group (MIW) and serves on the NAB Diversity and Inclusion Council.

Ms. Raphael was recognized among Western New York’s 2016 Women of Influence by Buffalo Business First for her professional experience and community involvement.

The Western New York native received her undergraduate degree in Media Communications from Medaille College and a Master of Arts degree in Organizational Management from the University of Phoenix. Kimberly R. Sonneborn: VP of Digital Operations
With BBGI since: 2000

Kimberly Sonneborn serves as Beasley Broadcast Group, Inc.’s Vice President of Digital Operations. In her role, she is responsible for evolving the company’s digital processes and ensuring alignment with corporate operators and partners.

Ms. Sonneborn previously served as Vice President of Digital Design and Production for the Company, with responsibility for directing all digital projects from conception to launch, formulating the initial design concepts and determining the most appropriate manner in which to present digital projects to both station personnel and advertisers.

Ms. Sonneborn joined the Company as its Interactive Coordinator in 2000. In that capacity, she was responsible for building the Company’s interactive department.

She is a graduate of Liberty University, where received degrees in Public Relations and Graphic Design.  Ms. Sonneborn ranked first in her class in graphic design and was the recipient of the institution’s top graphic design award. In addition, she is a 2018 graduate of the Mentoring and Inspiring Women (MIW) Radio Group Mentoring Program. Dan Frisbie:  Vice President of Digital Sales
With BBGI since: 2017

He holds a Bachelor of Arts in Communications from the State University of New York at Albany.